The Psychedelic Evolution with Paul Austin

(An Excerpt from the Deep Flow Conference Interview)

Tami: Ok, so briefly, I work with an energy healer, and at one point she was talking to me about the balance between what’s inside the energy system of what’s known in Chinese medicine as your own internal husband and wife. And it’s just whatever old language, hetero normative language about this whole thing anyway.

But it’s the idea that there’s a part of you that supports and is just holds the space and then a part of you that life creates and how these work together inside you. And one of the things she said to me is that the part of me that was kind of pushing to create was pushing harder than I had to and that there was more space and more ability to just let the universe come and guide me. And sounds true. And I started really reflecting on it. And I talked to someone at Sounds True who runs our whole business to consumer division. She’s a very wise person. Her name’s Sybil. And she said, Let me tell you how I work. Tami I think 70 percent of whatever happens at our business to consumer division and work at sounds true, 70 percent is up to the universe and only 30 percent is up to me. And I make sure that I’m never more than 30 percent engaged in trying to create or make something happen. And I loved having numbers for this. And I loved this notion of letting the universe play a 70 percent role in how things unfold.

[00:01:50 I’m only 30 percent of that equation. So I wanted to share that because I’ve been using that and asking myself in this situation, have I gotten out of whack? Am I trying to be more than 30 percent and don’t do that. Back off, let go more. Let the universe, let other people, let circumstances let it unfold on flow unfold.

Jeff: So that’s what I wanted to share, the 70 30 business principle of creation, the surrender, 70 percent, the yeah. Now, you know, there’s. There are a lot of ideas about what happens when surrender and when I hear you say that, I get a little nervous that what you tell me, maybe I should be nervous, but that there’s this idea that the universe is taking care of us and it’s watching. Sounds true. And it’s got a plan. And 70 percent, it’s really you don’t see it like that. I’m sure it’s more like life is optimized through every aspect of how we live and grow individually in our relationships and and in our business. And it follows where the world is going, where that culture is going in ways that we can’t control, but not in ways that are sort of. Somehow it almost sounds a little magical the way you put it that way, right?

Yeah, well, I do live in a magical world.

Jeff: You do live in a magical world. I do.

They are they are beings of light and goodness and sparkly ness and grace and their angelic forms.

You can call them a lot of different things. And I do believe and you can this is Tammy’s magical world.

And if people drop off now or whatever, that’s OK. That’s OK. You know, and it may not be exactly like this, but I think we overthink. We know what the human experiences and we think it ends with our bodies. And that is just not my experience, my experience and my experience of being in fellow states is that we are interpenetrated by all kinds of intelligences that are far bigger, far more expanded and not visible, but palpable, that are informing us and working with us. And when you have an entity like Zounds true that has been built up over thirty five years with all of the different peoples different energetic connections out there in the world all coming together, you have something that has an energy force behind it that is beyond the human. And so when I say that 70 percent, it’s. Yeah. Letting that magic happen and being open to magic. Yep. Very magical.

Jeff: Ok, if the you know, I guess the I’ve ever heard you speak that way before, that was that was quite something.

All the comments are coming down. She has humility and heart, the soul. I just one day when we having lunch, we’ll discuss this further about the course. The time is running out. We have to end at about three fifty. So of course, we have to go.

Tami: But I’m going to do something that’s really kind of outrageous for. It’s going to take a second.

Jeff: Yes, I’m going to wait. I wonder what’s about to happen.

Tami: I know you guys could think this is a little crazy here at the end, but this image. Is the image that I was looking at, and it’s the original logo.

That’s the original logo of sounds true. And I just wanted to share that with you, because that’s yeah, that’s our original logo.

Jeff: And that and you didn’t fully connect that, but that’s that’s the energy, that’s the visual.

Tami: Impression that you had of some of the entities that are supporting, well, you could put it that way or you could say we picked it as our original logo because it was this force that was coming from beyond the human dimension, bringing from someplace away above the cloud bank, bringing something down here to humans like a like a messenger force that would help us.

And that’s what I’m serving. And I think that’s the point when you know what you’re serving. That’s the key idea here, I think.

And you serve it. It partners with you. So I’m actually serving a higher a higher vibration, a higher kind of sense of communication of what’s possible. And because of that, I can let go into that and trust that because of the confidence in that service. So I think that’s the key idea.

Tami: I think without the service component, it can just be about, I don’t know, some like personal pleasure state or something, and that’s not really what inspires me.

So I don’t really know about that. But I think when you know what you’re serving and you’re serving something genuine, there is a kind of support, a built in universal support. And I feel that.

There’s a benevolence in it.

So when you’re connecting with that benevolence, you are in that fountain of creation and that’s what will then flow through you and that you can give it 70 percent and let it happen because it is the benevolence of the source of of of life. 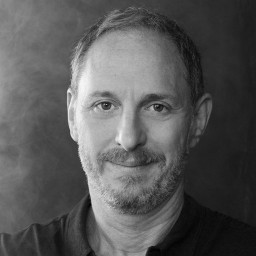 Hi, I’m Jeff Charno and I'm happy to be pull together our Being & Doing Blog. Awakening never gets old. Mystery is never less mysterious. This moment, in its utter ordinariness, is the whole of creation doing its thing, evolving through us - as us. That's the being & doing paradox. We are being swept along by the currents of evolution but we are the ones doing the sweeping. Oh my!